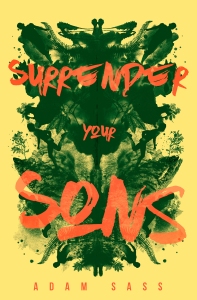 The Official Description: Connor Major’s summer break is turning into a nightmare.

His SAT scores bombed, the old man he delivers meals to died, and when he came out to his religious zealot mother, she had him kidnapped and shipped off to a secluded island. His final destination: Nightlight Ministries, a conversion therapy camp that will be his new home until he “changes.”

But Connor’s troubles are only beginning. At Nightlight, everyone has something to hide from the campers to the “converted” staff and cagey camp director, and it quickly becomes clear that no one is safe. Connor plans to escape and bring the other kidnapped teens with him. But first, he’s exposing the camp’s horrible truths for what they are— and taking this place down.

Just the facts: A wonderful queer cast of characters are thrust into the middle of a life-altering mystery. – Kinzie Things

My thoughts bit: First of all, please read the warnings for this book. The author and the publisher have done a fantastic job of highlighting things within this book that may be triggering for some people.

This book opens with Connor desperate to see his boyfriend, Ario. He’s had his phone taken away which is painful… but not the most painful thing that’s going on in his life. Connor’s boyfriend was encouraging… well, let’s just say it… pushing him to come out. What he doesn’t realize is that Connor’s very devout mother is going to be a problem. And BOY is she a problem.

She definitely doesn’t accept that her son is gay… even to the point of insisting that he’s the father of his ex-girlfriend’s baby. He isn’t…but he’s not going to throw his friend under the bus by letting everyone know who is the baby’s father. So, he’s got no internet, no phone, and he has a very angry mother.

When he’s taken in the middle of the night by a huge man and shoved into a black van… the journey is just beginning. Connor has been sent to a gay conversion camp. And it’s run by someone he already knows. This is the point at which the novel becomes a mystery, a thriller, a drama, and a love story. I admire Sass for his ability to pull this all off without losing the sense of humor and spirit of the main character.

Connor’s inner voice is everything I didn’t know I needed. He’s quirky and fun, funny and despite his youth, he’s pretty aware of who he is becoming. He’s unapologetic in some ways and self-deprecating in others… he claims responsibility for things that aren’t his fault and acknowledges the weight of things that are. I loved the way that Connor navigates everything that is thrown at him and how he picks himself up time and again. Truly a testament to the human spirit. Best of all… he has the voice of a 17-year-old! It’s surprising how often that doesn’t happen in YA books!

The cast of characters in this book is fantastic and diverse. All of their voices are unique and despite the fact that there was an army of queer teens, I feel like I got to know them all enough to care about them. There are layers of story in this book… Sass handles it all really well. There is a story going on in the past that rivals the one in the present. These are complex characters and it was a real adventure to get to know them.

And let me say… This is how you write a trans character people! Sass writes about a feisty supporting character who is trans without ever dead-naming the character or using the incorrect pronouns! I can’t tell you how much I appreciated that when I read it!

Oh, and the priceless and perfect use of the word “differenter” made me so happy I could have cried.

Please read this book. Not only is it about a very important and timely topic – even now we are only just beginning to ban conversion therapy because of the damage it can do to a person’s psyche, but this book is charming, tear-jerking, heart mashing and adorable. I absolutely loved it.

Things You May Want To Know: Please be aware, I’m by no means an expert on what may or may not have the potential to disturb people. I simply list things that I think a reader might want to be aware of. In this book: (SPOILERS) Character is kidnapped at night, the character is taken to a conversion camp, violence, emotional abuse, a character is tased, description of the murder, description of character hanging himself, description of incarceration is small cells, homophobia, toxic masculinity, sexual relationship with definite power imbalance – please see more complete warnings from the author and publisher. (Included in the book)

I received an ARC of Surrender Your Sons by Adam Sass from Flux via Netgalley in exchange for an unbiased review.