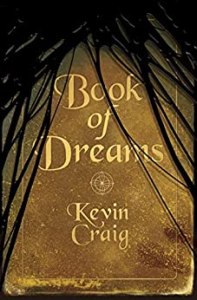 Gaige’s curiosity gets the better of him when he discovers a bookstore on an abandoned street where no bookstore should be. He steps inside and is immediately enthralled by its antiquarian sights and smells. But one book in particular calls to him. It isn’t long before he gets a bad feeling about it, but it’s already too late. The store’s aged bookseller gives him no alternative: once he touches the book, it’s his—whether he wants it or not. It’s bought and paid for and there are no returns. The book leads Gaige on a horrific descent into the unknown. As he falls into the depths of its pages, he loses blocks of time, and his friends become trapped inside ancient cellars with seemingly no means of escape. Gaige soon learns that the ancient bookseller is a notorious serial killer from previous century, and fears that he has fallen into a predicament from which he may not escape. When all seems lost, he finds the one person he can turn to for help—Mael, a sweet boy also trapped inside the book who didn’t fall for the bookseller’s tricks. Together, they race against time to protect Gaige from joining a long string of boys who vanished without a trace inside the Book of Dreams.

I have read a lot of Kevin Craig’s books and this one is a bit of a departure from their usual. This book reminded me of the books I used to read when I was a kid! Now, that’s going back – not gonna lie – but I loved that it felt like the mysteries/spooky books I used to read. Now, of course, the diversity in this book wasn’t available to me when I was younger so… this is a great improvement.

Gaige loves books. When he discovers a new bookstore on what he thought was an abandoned street… he finds himself in a frightening situation.

This world is dominated by a nasty man who, clearly, has a mission that he wants to accomplish at all costs. As the story progresses and the plot is revealed the reader goes along on the adventure.

There were a few things that stood out to me about this story. I loved the diversity of the characters… I know that there’s been a lot of progress in this area (particularly in YA) but I enjoyed the group of friends in this book.

Gaige was my favourite character. I would say that what I enjoyed most was the way he was still very much a teenager. His thoughts were a bit random at times, he was very focussed on the things that were happening right in front of him, and it was clear that he was still figuring out what he wanted and what he liked. Gaige and his boyfriend have a cute relationship. The intensity of their partnership was clear, it was distracting to them, reassuring and feisty! I loved it.

Gaige goes through a lot of growth in the book, even though it’s written quite subtly. Part of the plot is really about Gaige coming into his own power… realizing his value and worth and the fact that his chosen family has strength. I liked his progression throughout the novel.

I liked the idea of a book that could take someone from our world… steal time from the characters. How eerie is that? (Especially while you’re reading a book!) This book is a little bit Never-ending Story with a lot more Nightmare on Elm Street in it (minus the gore!).

I’m always in favour of books with representation of queer young people… and I loved the rep in this story! Thanks, Kevin!

I received an ARC of Book of Dreams by Ann-Marie McLemore from Fewer & Friends – Macmillan via Edelweiss in exchange for an unbiased review.

One thought on “REVIEW: Book of Dreams by Kevin Craig”