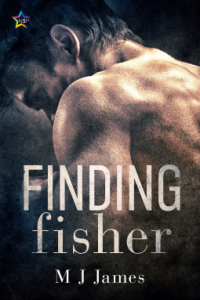 The Official Description: When Ian Fisher walked away from his life a year ago, he had no plans to ever return to where he grew up. However, after a run-in with the cops, he’s forced to move in with his sister Rachel—in his dead parents’ house.

Back home, Ian can’t stop thinking about his ex, Sam. He still loves him and knows Sam loves him too, and he will stop at nothing to convince Sam to face his true feelings. But Sam has moved on. He has a fiancé, and he rejects Ian’s repeated attempts to fix their relationship. Ian deals with those rejections by getting lost in the bottom of a bottle, refusing to face how messed up his life truly is.

After weeks in the hospital—the victim of a vicious hate crime—and learning of Sam’s upcoming wedding, Ian has no choice but to fix his life to show Sam that he can be the man he needs. But rehab changes Ian, and he just might be ready to say goodbye to Sam forever.

Through addiction, violence, and self-preservation, Ian must learn to accept himself if he hopes to win back the man he loves.

My thoughts bit: When this novel begins, Ian Fisher is on a long slow decline to his rock bottom. He’s using drugs and drinking to try and wipe his memory clear and all it does is get him in a whole lot of trouble. When he is arrested for Drug trafficking, he calls his sister Rachel.

This is the point at which it becomes clear that Ian is dealing with a hell of a lot. Losing his parents sent Ian spiraling because he didn’t know how to deal with it. That meant, ultimately, that he also left his sister…and the man he loved, Sam. The problem is that he still loves Sam.

Ian’s public defender gets his sentence reduced to probation and he is to live with his sister for three months. That might not be a problem except for the fact that Sam lives within walking distance, Sam and his new fiancé.

There’s a lot going on in this book and a lot of it isn’t pretty. But substance abuse isn’t pretty. The author has done a great job of capturing Ian’s spiral out of control. I have to say that there were times when I really wanted to shake Ian. He keeps repeating the same mistakes, and then somehow managing to come up with new ones. I could watch him sliding further and further down even though it seemed on the surface that he might be trying to turn things around.

I found myself frustrated at times by Ian’s sister. Once Ian was in her house, she continued to have alcohol around and watch as he drank. Enabling is always a difficult thing to see and it turns out it’s a difficult thing to read. Now, don’t get me wrong. The fact that the characters annoyed me doesn’t mean this is a bad book – quite the contrary! I was annoyed because they were written so well.

What is demonstrated really well in this book is how difficult it is to put yourself first. You really can’t be in someone’s life unless you are willing to help yourself first. You have to be healthy and whole in order to enter into a loving relationship with someone. For many addicts, working on themselves, putting themselves first is a difficult step to take and Ian is no different.

It’s not until Ian is the victim of a terrible and horrifying hate crime that he is forced into a corner and has to begin to explore why things have gone so badly for him. Please read the warnings on this one! I can imagine that the content will be triggering for some people.

The author seems to have found his voice in this second novel. This book is well written and that’s tough with such an immensely challenging subject.

Things You May Want To Know: Please be aware, I’m by no means an expert on what may or may not have the potential to disturb people. I simply list things that I think a reader might want to be aware of. In this book: (SPOILERS) alcoholism, depression, substance abuse, addiction, grief, hate crime, deceased family members, suicidal ideation, vomiting, rehabilitation

I received an ARC of Finding Fisher by MJ James from NineStar Press via NetGalley in exchange for an unbiased review.