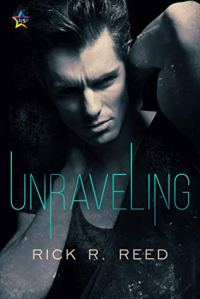 The Official Description: Randy Kay has the perfect life with his beautiful wife and adorable son. But Randy’s living a lie, untrue to himself and everyone who knows him. He’s gay.

Marriage and fatherhood, which he thought could change him, have failed. He doubts if anyone can love him for who he really is—especially himself.

With his wife’s blessing, he sets out to explore the gay world he’s hidden from all his life.

John Walsh, a paramedic with the Chicago Fire Department, is comfortable in his own skin as a gay man, yet he can never find someone who shares his desire to create a real relationship, a true family.

When Randy and John first spy each other in Chicago’s Boystown, all kinds of alarms go off—some of joy, others of deep-seated fear.

Randy and John must surmount multiple hurdles on the journey to a lasting, meaningful love. Will they succeed or will their chance at love go up in flames, destroyed by missed connections and a lack of self-acceptance?

Just the facts: Coming out story, a married man coming out late in life

Sometimes it takes people a lifetime to be able to live authentically. This kind of story more important than ever.  – Kinzie Things

My thoughts bit: Randy Kay is living, what some may call, a charmed life. He has a beautiful wife, a son he adores … but he’s also on the verge of ending his own life when the novel begins. He doesn’t follow through with such a final action because his wife finds him. She finds him because she loves him and she knows him… and this is how the novel begins.

Randy has been living a lie. He’s gay and it’s not until he’s confronted by his wife – in a remarkably loving way – that he’s able to even process what’s going on. Randy and his wife come to an understanding… and he finds himself out in the world for the first time as a gay man.

I’m simplifying this introduction in the book. It’s really well written and the emotions are palpable. Reed has done a remarkable job of capturing the confusion, relief, excitement, and fear that is bombarding Randy.

This book is about a few things. It’s about coming out, sure, but it’s coming out when you’ve already established a completely different life. What happens to your spouse? What happens to your child? How do you come out as an adult? Where do you begin? Reed manages to give answers to a lot of these questions in his book. It’s one perspective, and from what I’ve read … this novel is semi-autobiographical. I greatly appreciate Reed putting his story out into the world. Stories like this are still very important. Not everyone is lucky enough to realize who they are at a young age. By the time some people realize they have been living under false pretenses they have already established their lives, their families, their significant friendships.

This book is wonderful. It’s well-crafted, authentic, touching and relevant. This should be on a lot of people’s 2020 reading lists.

Things You May Want To Know: Please be aware, I’m by no means an expert on what may or may not have the potential to disturb people. I simply list things that I think a reader might want to be aware of. In this book: (SPOILERS) description of a character who is preparing to commit suicide (he is prevented), family discord, withholding of a child from father, bigotry,

I received an ARC of Unraveling by Rick R. Reed from NineStar Press via NetGalley in exchange for an unbiased review.