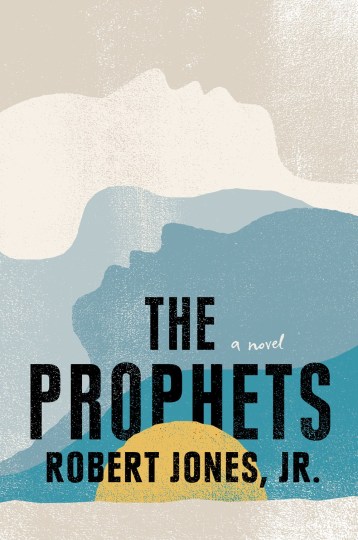 The Official Description: A singular and stunning debut novel about the forbidden union between two enslaved young men on a Deep South plantation, the refuge they find in each other, and a betrayal that threatens their existence.

Isaiah was Samuel’s and Samuel was Isaiah’s. That was the way it was since the beginning, and the way it was to be until the end. In the barn they tended to the animals, but also to each other, transforming the hollowed-out shed into a place of human refuge, a source of intimacy and hope in a world ruled by vicious masters. But when an older man—a fellow slave—seeks to gain favor by preaching the master’s gospel on the plantation, the enslaved begin to turn on their own. Isaiah and Samuel’s love, which was once so simple, is seen as sinful and a clear danger to the plantation’s harmony.

With a lyricism reminiscent of Toni Morrison, Robert Jones, Jr. fiercely summons the voices of slaver and the enslaved alike to tell the story of these two men; from Amos the preacher to the calculating slave-master himself to the long line of women that surround them, women who have carried the soul of the plantation on their shoulders. As tensions build and the weight of centuries—of ancestors and future generations to come—culminate in a climactic reckoning, The Prophets masterfully reveals the pain and suffering of inheritance, but is also shot through with hope, beauty, and truth, portraying the enormous, heroic power of love.

This is one of those books that has touched me so deeply I find myelf struggling to know what to say about it. It’s beautiful, heart-breaking, painful and engaging. – Kinzie Things

My thoughts bit: One of the things I find the most challenging about writing book reviews, is when I read a book that leaves me stunned. This book is remarkable for so many reasons, and I am confident that I won’t be able to capture most of the reasons why.

I remember when I read Giovanni’s Room by James Baldwin for the very first time… and the moment I reached the final page, I turned back to the beginning to start reading all over again. The Prophets prompted me to do the same thing. I feel as though I will read it more than twice and each time I will leave with something … more.

Samuel and Isaiah meet over an offer of desperately needed water in a time when their only path is that of slavery. They belong to each other almost instantly and it is one of those loves that transcends gender and circumstances to draw in the reader. There aren’t many books about being queer and black in a historical setting and this one is exceptional. Samuel and Isaiah seem to fit together seamlessly, in spite of the fact that they are quite different. Their love is sweet and simple and seems to have just grown naturally between them. They are “different” from the other slaves and find their friendship in a handful of people.

But this book isn’t just about being queer and black.

The Prophets is about women and the inner strength they have when downtrodden by men. It’s about white people having absolute control over black slaves. It’s about the freedom we find within ourselves… and how we find an ember and gather around it as though it’s a fire. It’s about kindness, cruelty, strength, weakness. It’s about wanting to fight for the future and just wanting to be happy in the moment.

This isn’t an easy book to read because it’s visceral and frightening. There are very detailed and clear descriptions of inhuman things… things that are not easy to read but are absolutely necessary. The entire book is a mixture of sweet, tender and happy moments that are snatched and cherished during times of incredible brutality.

I will say that reading this takes a commitment to sitting with it. There are some switching POVs and it reminded me more of a collection of linked short stories than a novel. While Samuel and Isaiah are at the center of this story, there are other stories woven in. Each of the characters is brought to life in a vivid and unforgettable way.

I received an ARC of The Prophets by Robert Jones Jr from G.P. Putnam’s Sons via NetGalley in exchange for an unbiased review.