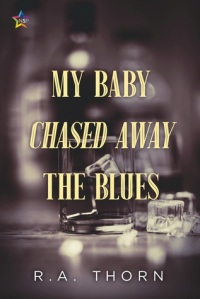 Official Description: It’s 1925 in Los Angeles, and motor patrol officer Del Randolph keeps making one mistake after another. Struggling to keep his job with the Los Angeles Police Department, Del is also lonely and heartbroken after his last lover left him.

But then he meets Ev, a gentle but cynical invert, and has his heart stolen again. Del knows he’s no great catch—he isn’t smart or particularly handsome or rich—but he’s determined to show Ev how much he loves him.

Unfortunately, his misguided attempts at winning Ev’s affections might end up destroying their relationship instead. Del joins a hapless gang of bootleggers to try to make some money but quickly winds up in trouble. Soon he’s in debt, breaking the law, and lying to Ev about all of it.

My thoughts bit: I enjoyed this story. It took me a little while to get used to the language at first. I’m not expert but I feel as though it’s historically accurate. I really enjoyed the feeling of disappearing into another time!

I admit to having to look up a few phrases and terms. Let me clarify: the language and attitudes are correct for the time. The author deals with the unpleasantness of the homophobia, in part, by giving Del a bisexual friend in Glen. Glen and Del have a lovely friendship. Somehow, in the confines of a homophobic, toxically masculine world, they have a caring and open friendship. I’d love to know more about the beginnings of their friendship.

When Del meets genderqueer Ev, there’s quick chemistry between them. Don’t be put off if you don’t like instalove, because this is a slow burn romance fraught with road bumps and challenges.

As Del and Ev continue to get to know one another, Del continues to struggle with his self-confidence. He wasn’t able to stay in school past eighth grade and struggles constantly under the weight of thinking that he isn’t good enough. When it comes to Ev, Del isn’t sure that they can stay together if he can’t make enough money to impress Ev with gifts and a fancy life.

This is where things begin to go wrong for Del. His intentions might be good, but he gets involved with “leggers” and they’re not even the successful kind.

Unfortunately, about the time Ev accepts a relationship with Del, they also reveal their dislike of men who are involved in illegal activity. The truly precarious nature of their relationship begins to show when Ev’s friend is arrested for lewd vagrancy.

There’s an amusing and terrifying car chase, a heart-shattering breakup, new relationships, and reunions. I was moved so many times by the depth of Del’s emotion. He was so sweet and lost at times.

This is a great story with some beautifully diverse characters spiced up with some well-written sex scenes.

The warnings bit: Please be aware, I’m by no means an expert on what may or may not have the potential to disturb people. I simply list things that I think a reader might want to be aware of. In this book: racism, racist language, homophobia, hate speech, bullying in the workplace, mentions of domestic violence.

I received an ARC of My Baby Chased Away the Blues by R.A. Thorn from NineStar Press via NetGalley in exchange for an unbiased review.