The Official Description: Success was lonely.

I should have been on top of the world but I felt trapped, suffocated by fame.
My life wasn’t my own. I belonged to the fans and the media. Too famous to leave my house without attracting a crowd. Like a prince in a palace of glass watching life pass me by.

I’d almost resigned myself to the impossibility of a relationship in the time of hook-up apps made more impossible as an actor. I was almost okay with my inability to date, until I met the only person forbidden to me: My director.

The most beautiful guy I’d laid eyes on, twenty years older than me, and seemingly interested too. Now I had four months of working side by side while trying to keep my hands to myself, or one of us would lose our job. The temptation was going to kill me.

Unwritten is a slow burn, May-December with low angst and a dog that’s in charge. This book can be read as a standalone.

The ache is real in this one! JR Grey knows how to write a book that will make your heart hurt for the characters. – Kinzie Things

My thoughts bit: “Unwritten” is the third book in the “Unscripted” series by J.R. Gray. This book can be read as a stand-alone. I would suggest reading the entire series … simply because these books are great. The first two books need to be read in sequence as they have the same main characters but the third has some carryover.

In “Unwritten”, Tobias is starring as the new young superhero on the set of a film that Mel is directing. Even though Mel is twice his age, the two men find they have a lot in common…including an instant attraction. In keeping with the thoroughness of most filming companies, Mel and Tobias can’t enter into a relationship as long as they are working together. Naturally, the tension builds in spite of both men attempting to keep things platonic.

There are some lovely relationships in this story. Tobias is an absolute sweetheart. Still in his early twenties, he is struggling with finding a way to have a “normal” life. His notoriety has reached the point at which he can’t go out without a bodyguard and has developed a lot of anxiety around crowds of any type.

Gray has really captured the lack of privacy for people working in the film industry. (I know what I’m talking about. Ask me about the time I went to the Zoo with a friend who was a recurring character on Supernatural!). Tobias’ life has been reduced to the condo he has while filming and the set of whatever project he’s working on. That’s where Finley comes in. Finley is Tobias’ bodyguard but he’s also his best friend. The older-brother like relationship is lovely and quite hilarious at times. These two men have clearly been through a lot together and it shows in their interactions.

Alfred? Alfred is Tobias’ dog and the way that everyone talks to the dog and about the dog was some of the funniest dialogue in the book. I’ve met people obsessed with their dogs… or controlled by them… and this was funny. It was also sweet because Alfred is clearly sensing the anxiety that is building up in Tobias because of the way that he’s being forced to live his life. Often his interactions with Tobias lead me to believe he had worked out his own role as a support dog.

This book is about the very real way that anxiety can affect a person’s life. It also speaks to how we can be insecure about the challenges we have, things that are unique about us. Yes, this novel is funny and light-hearted in some ways, but it also had quite an emotional impact on me.

I could go on and on. There are multiple friendships in this novel with unique dynamics that made me just fall in love with the story. Quellcrist and Hale are back – and they have an amusing yet supportive relationship with Mel. Finley and Alfred have a love/hate relationship with one another that is epic in terms of dog’s emotions. Seriously, read this one.

Things You May Want To Know: Please be aware, I’m by no means an expert on what may or may not have the potential to disturb people. I simply list things that I think a reader might want to be aware of. In this book: (SPOILERS) descriptions of generalized anxiety disorder, mentions past panic attack, a character has disfluency, mentions of character having a stalker in the past, a character is on a severely calorie-restricted diet (healthy, supervised, with a purpose)

About J.R. Gray: Gray is a cynical Chicago native, who drinks coffee all day, barely sleeps, and is a little too fashion obsessed. He writes realistic and damaged characters because everyone deserves a happily ever after.

I received an ARC of Unwritten by J.R. Gray via A Novel Take Promotions  in exchange for an unbiased review. 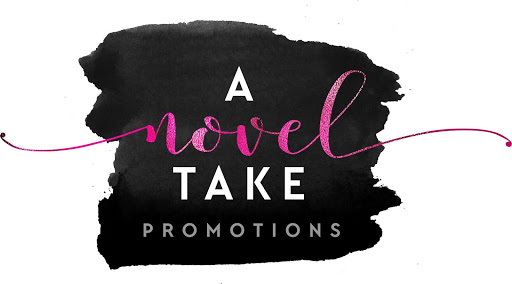 One thought on “REVIEW: Unwritten by J.R. Gray”