The Official Description: The Nothing Collection – 130k words approx.

What happens when “nothing serious” turns into something more complicated?

Mark O’Brien is finally being honest with himself. His relationship with Rachel is over and he’s moving out of the home they’ve shared for six years. They get along, but he can’t fix a relationship when the person he’s with is the wrong gender.
Jamie Robertson, one of the removal men, is huge and ridiculously gorgeous, and Mark is smitten at first sight. When a cardboard box splits, revealing items of a personal nature that Mark never wanted anybody to see, he’s mortified. But it sparks the start of a beautiful friendship with benefits.

As Jamie initiates Mark into the joys of gay sex, the two men get increasingly close and “nothing serious” turns into something rather important to both of them. But communication isn’t their strong point. Will either man ever find the courage to be honest about his feelings?

Noah thinks he’s nothing special. Average height, a bit on the skinny side, and cute but rather geeky, he’s relentlessly ordinary. He certainly doesn’t expect to be noticed by Sol, the gorgeous dark-haired stranger Noah usually sees on his commute home.

When a friend persuades Noah to take a big risk in a bid to get Sol’s attention, things turn out better than Noah dared to hope. But Noah doesn’t believe he’s interesting or sexy enough to hold Sol’s attention.

As Sol tries to get closer, Noah tries to protect his heart by pulling away. If their relationship is going to survive, Noah needs to accept that Sol sees him very differently to how Noah sees himself. Because to Sol, Noah is something very special indeed.

Nothing Ventured: enemies to lovers, sports, out for you, bisexual romance

Mud, sweat, and reluctant romance. Can Aiden and Matt sort out their feelings before race day?

When Aiden agrees to run the Mad Mucker—a twelve-mile muddy slog over an obstacle course—he’s expecting it to be a bit of a laugh. The training will be tough, but Aiden could use the motivation to regain some fitness.

Matt is the sexy cousin of one of Aiden’s coworkers and a last-minute addition to the team. When he agrees to train with Aiden, Aiden suddenly finds the prospect of regular workouts a lot more appealing.

Just the facts:  A collection about m/m romance. It starts out as “nothing special” and becomes more

This is a great collection! I love Jay Northcote’s books and I would recommend this to anyone who loves the m/m romance genre. – Kinzie Things

My thoughts bit: There are three novellas in this collection so I’m going to write a short review for each of them. Jay Northcote is a great writer. I always enjoy the characters in his work, and I love the way the books are paced! All these books are HEA or HFN – and all the books of Northcote’s that I’ve read are.

Nothing Serious: At the beginning of this story, Mark had just ended his 9-year relationship with his girlfriend, Rachel. He’s moving out… because he’s finally accepted that he’s gay. He had a lovely friendship with Rachel…but that was it. When the movers arrive Mark meets Jaimie. When a box with his butt plugs in it drops on the floor, the flirting begins.

This was a lovely story. Jamie is a bit younger than Mark and has far more experience for obvious reasons. They hook up with the idea of helping Mark discover what he likes… no strings. Things get complex when feelings get involved.

Even though this is a short story, as usual, Northcote’s characters are well-developed. Little things are revealed about each character that enables the reader to make a connection. For instance, Jamie is dyslexic and struggles with texts and writing. There are always lovely touches of humanity in Northcote’s books – his characters are always really human.

Nothing Special: Noah rides the tube to work and he keeps seeing the same gorgeous man on the commute. He doesn’t speak to the man because Noah thinks the man is out of his league, after all, Noah is “Nothing special”. It’s Noah’s friend Dom who finally convinces him to put a crush notice in the Metro paper that the handsome stranger reads.

When he finally exchanges a few words with the stranger, Noah gives Dom the go-ahead to place the ad in the paper, and his life changes. Sol is the name of the exotic stranger and he’s definitely interested in Noah.

Lack of confidence is the issue in this story. Noah just doesn’t see himself as a catch and I think probably a lot of people can relate to that. He constantly compares himself to Sol and to an ex of Sol’s he has seen in a drawing. Lacking confidence means that Noah doesn’t think that Sol could possibly want a relationship with him.

Again, there are some fun moments in this book. Sol’s little sister provides some comic relief and time for some really sweet and romantic moments between the main characters.

Nothing Ventured: When Aiden goes out for drinks with his friend Liz and they get into the Tequila, he wakes up remembering that he promised to enter a Mad Mucker race (the equivalent of Tough Mudder). Liz’s hot cousin, Matt is very fit and Aiden reluctantly agrees to train with him.

Matt has always dated women… but he’s had sexual relationships with men. This novella does a pretty good job of exploring the issues that people who are bisexual deal with. Some people are more comfortable having relationships with one gender or the other. Some people find that when they express that they are or may be bisexual… there are preconceived ideas about what that means – and often they’re incorrect assumptions. There’s a little bit of this in the story but it’s corrected quickly. The struggle for Matt is really well written in such a short novella.

There’s a bit of push and pull between Aiden and Matt but as usual, Northcote nails the pacing and character development in a way that makes it so easy to identify and love his characters.

The warnings bit: Please be aware, I’m by no means an expert on what may or may not have the potential to disturb people. I simply list things that I think a reader might want to be aware of. In this book: (SPOILERS) There is some fat-shaming language used in “Nothing Ventured”, some inappropriate conversation regarding a character’s bisexuality (corrected). 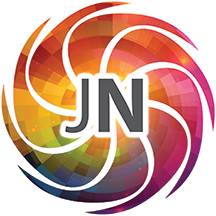 Jay lives just outside Bristol in the West of England. He comes from a family of writers, but always used to believe that the gene for fiction writing had passed him by. He spent years only ever writing emails, articles, or website content.

One day, Jay decided to try and write a short story—just to see if he could—and found it rather addictive. He hasn’t stopped writing since.

Jay writes contemporary romance about men who fall in love with other men. He self-publishes under the imprint Jaybird Press.

I received an ARC of The Nothing Collection by Jay Northcote via Signal Boost Promotions in exchange for an unbiased review. 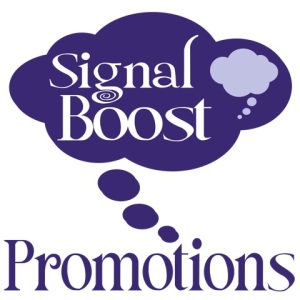