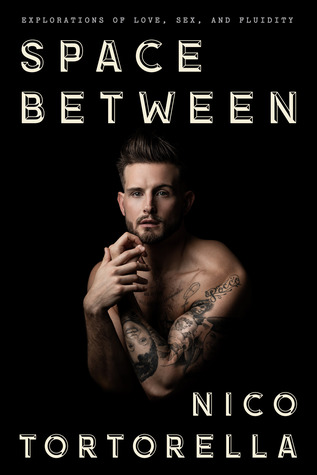 Nico Tortorella is a seeker. Raised on a steady regimen of Ram Dass and raw food, they have always been interested in the more spiritual aspects of life. That is, until the desire for fame and fortune eclipsed their journey toward enlightenment and sent Nico on a downward spiral of addiction and self-destructive behavior. It wasn’t until they dug deep and began to examine the fluidity of both their sexuality and gender identity that they became more comfortable in their own skin, got sober from alcohol, entered into an unconventional marriage with the love of their life, and fully embraced a queer lifestyle that afforded them the opportunity to explore life outside the gender binary. It was precisely in that space between that Nico encountered the diverse community of open-minded, supportive peers they’d always dreamed of having.

By expanding on themes explored on their popular podcast, The Love Bomb, Nico shares the intimate details of their romantic partnerships, the dysfunction of their loud but loving Italian family, and the mining of their feminine and masculine identities into one multidimensional, sexually fluid, nonbinary individual. Nico is a leading voice of the fluidity movement by encouraging open dialogue and universal acceptance. Space Between is at once an education for readers, a manifesto for the labeled and label-free generation, and a personal memoir of love, identity, and acceptance.

My thoughts bit: This book made me think more clearly about things that have felt a little out-of-focus until now. I know, that’s a huge claim. But gender fluidity and sexual fluidity is all very nebulous and can be a daunting subject. Don’t ever google it, you won’t get all that much helpful information and will probably end up more confused than when you started.

Tortorella’s story is a detailed and personal journey from the early days of feeling loved while wiping make-up from their mother’s eyes to an adult beginning to feel more comfortable in their own skin and with their own feelings and desires.

I never felt like I was in the wrong body. And the more I realized I had been born into the wrong world, not the wrong body, the more things started to make sense. – Nico Tortorella in Space Between

This book is a remarkable story written by someone who is still an unfinished piece of work. The fact that Tortorella is writing a book this profound at such a young age makes me joyful about anything they may write in the future. Clearly, they have done a lot of soul searching and self-care. Equally as clear is that Tortorella has been through the wars.

No one asks if you’re nonbinary or trans, or if you’re comfortable in your skin. You ultimately get reduced to who you’re having sex with. No one ever says, “Hey, who are you? What do you believe in? What do you care about?” These are questions that might actually get us somewhere, but instead the focus is on what we do with what’s between our legs. – Nico Tortorella in Space Between.

This isn’t just a memoir about early life… it’s the recounting of a journey that is both spiritual and personal. The author is candid about gender identity, addictions, homophobia, biphobia, sexual fluidity, relationships, Hollywood and the exploration and challenges as they navigated all of it. This isn’t a dramatic, Hollywood tell-all: this is a book that reads as though it’s someone’s truth, and that the pieces of the story are imparted with a hope that it might assist someone else to find their way.

You don’t get to say who you are becoming. Really loving someone means you get to be a witness, blessed to be a part of their experiences, even if only sometimes. – Nico Tortorella in Space Between

Tortorella weaves together their internal dialogue with the exterior events in a way that enables the reader to see a glimpse of what their life has been like. Their life has been complex but full of profound learnings, some of which have a high cost.

The warnings bit: Please be aware, I’m by no means an expert on what may or may not have the potential to disturb people. I simply list things that I think a reader might want to be aware of. In this book: addictions, discussion of infidelity, bigotry, descriptions of physical violence in a domestic situation.

Readalikes: Other stories that are similar or give the same feel

I received an ARC of Space Between by Nico Tortorella from Crown Publishing via NetGalley in exchange for an unbiased review.