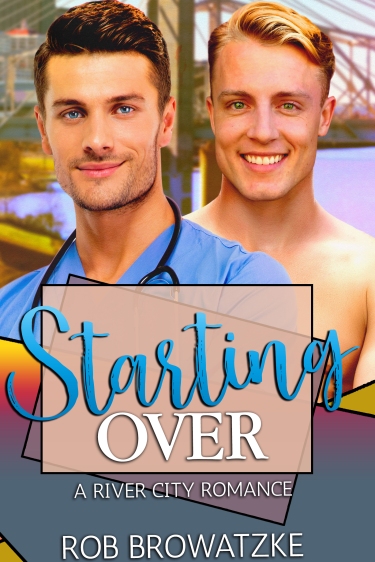 Life doesn’t often give a second chance. Take it when it comes.

Fourteen years ago, Dylan and Kent became something more than friends, but it didn’t end well. Now, they’ve run into each other again. This time, they’re both adults, they’re both out, and they both know what they want.

Will that long-ago teenage heartbreak stand in the way of what’s happening between them? Life doesn’t often give second chances, but maybe this is theirs, to start over.

Dylan wasn’t one of those guys who would normally stare off into space reflecting on the past. He liked living in the moment, mostly because he knew his past would trap him like a mosquito in amber if he spent too much time looking back.

But that was before he’d run into Kent Campbell the night before.

He’d known Kent lived in the same city, but Dylan had been here four years now without seeing him. He’d assumed Kent had moved. It was a big city, but not that big. And then, BAM! There he was.

He’d looked good. Damn good. Looking back, Dylan could see that Kent had always been good looking, even if it was something Dylan had never been able to admit. Small wonder Kent had bolted, considering everything that had happened.

It may be water under the bridge, he thought, but it’s water that’s still rising. “Dylan! Enough!”

Dylan blinked and came back to the moment, to Luc snapping his fingers in his face. “Sorry, mind wandered.”

Luc gave him some serious side-eye. “I was telling a story.”

“I live with you,” Dylan reminded. “I know all the stories.”

“That’s not important. Pay attention. You know I like an audience.” He paused. “And speaking

of having an audience…”

Dylan tuned out again as Luc told Ellis and Jay about last night’s sexcapade. It would normally

not be appropriate brunch conversation, but this was the Duchess, and the Sunday morning brunch crowd was almost entirely gays nursing the hangover with bottomless mimosas.

The mood in the room was celebratory for sure. The last months had felt like some endless Thursday afternoon, but the weekend had finally arrived. Everything was moving forward again. Everything, that is, except Dylan, who had barely been able to enjoy the Torch after Kent left. Dylan had ended up calling it an early night just to toss and turn alone in the dark.

He had to find him.

He should have followed him out, is what he should have done. But the boys were pretty insistent he stay and dance, and Kent had been crystal fucking clear that he wanted nothing to do with Dylan. And that made sense. Dylan couldn’t blame him, but he had to find him and tell him that things were different now.

All the things Dylan hadn’t been able to say before, he could say now.

“Dylan Thomas Hedderson, I am not telling you again. Snap the fuck out of it!”

Dylan turned his head to glare at Luc. “Did you just middle name me? You know I hate my

middle name.” His name was the last remnant of his mother’s one-time goal to be an English professor, long before she had traded that in to be Mrs. Richard Hedderson.

Thinking about his father was guaranteed to lead back to thinking about Kent, but it would also get him no closer to finding him. When Dylan had crawled into bed the night before, the first thing he’d done was punch Kent’s name into every social media app he could, with no luck. Disappointing but not unexpected. Most socials were increasingly toxic. Dylan’s own were locked down as tight as they could be, but just in case Kent was lying in his bed somewhere thinking about Dylan the way Dylan was thinking about him, Dylan loosened up those settings before trying to sleep.

He’d barely slept, and when he had, Kent had wandered through what passed for his dreams. When Luc banged on his door to say it was brunch time, he’d barely found the strength to get up.

“Why are you so quiet?” Ellis asked him.

He could lie. He could say he was just tired, which was pretty much not a lie anyway. He could make something up. He could…

“Dylan ran into a boy from his past last night,” Luc said, which pretty much eliminated any of Dylan’s other options.

“Do tell!” Jay said. “Did our golden boy finally get some?”

“Did you want to tell them everything then?” Dylan asked. “I could just go home.” Luc opened

his mouth, but then clearly thought better and closed it again. Too late, as was typical with Luc, to be honest. It wasn’t that Dylan didn’t want Jay and Ellis to know; it wasn’t even that there was anything to know, really.

It was just whatever there was, it was sitting in this heavy mass in the center of Dylan’s chest. He wasn’t proud of what had happened between them. Actually, he was downright fucking ashamed, and all the guilt he had learned to ignore was now throbbing again.

“A friend from school,” he said, which was, strictly speaking, a lie. It bordered the truth anyway. “A high school sweetheart friend?” Ellis asked, playfully nudging him.

“It was complicated,” Dylan finally answered, in what had to be the understatement of the

“Ugh, those are the worst,” Jay groaned. “I remember our high school’s tight end. He had the

tightest end, let me tell you…”

Grateful to Jay’s interruption and distraction, Dylan let his mind wander again. Not through the

past, because there was nothing there but regret. No, he let it wander through the here and now, because he had made up his mind.

He was going to find Kent Campbell and get the closure they both had never got.

Kent and Dylan were together briefly when they were young. Being with someone of the same sex was different, new and exciting. Through flashbacks, Browatzke shares that lovely time for two young men who were falling in love with each other. Then, as soon as it began, it all fell apart. One day, Dylan simply stopped speaking with Kent and there was nothing he could do about it. Kent went on to be bullied at school and Ken never stepped in… he could have…but he didn’t.

Fourteen years later, Kent is out with friends celebrating the end of the pandemic-that-shall-not-be-named. He runs into none other than Dylan. The problem is that Kent still has no idea what happened when Dylan disappeared from his life. He doesn’t really want to find out… in spite of the fact that Dylan is suddenly in a gay bar. Clearly, there have been some changes, but Kent isn’t sure that his heart is up for another round with Dylan.

The two men end up going on a date that quickly leads to more. There are some speed bumps along the way, and it takes them both a while to get over the past for different reasons.

This book is the second in the “River City Romance” Series. The first book I found a lot lighter, but this one was enjoyable in spite of the bullying and discrimination that happened in Kent’s youth.

An enjoyable read that will give you hope that there’s an “after” for us as we currently live through this pandemic!

Rob Browatzke, 43, is a storyteller and club owner in Edmonton, Canada.

This is his ninth published work, his second mm romance. 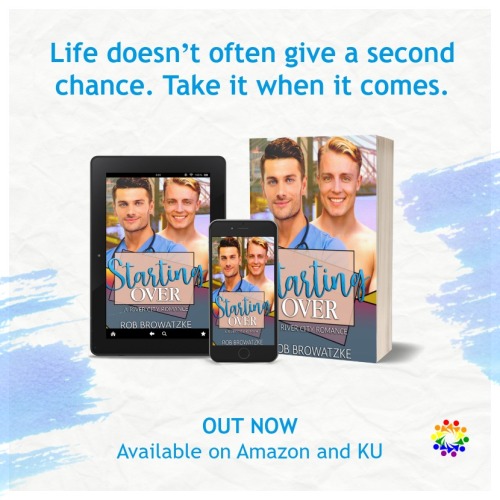