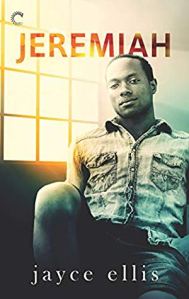 The Official Description: Jeremiah Stewart’s sexuality is no one’s business. Not that he’s hiding it. When—if—he finds the right one, he’ll absolutely introduce him to Mom. But a late-night brush with a sexy stranger in too much lip gloss has him rethinking nearly everything…

To Collin Galloway, direction is a four-letter word. Sure, he hates his job, he hates living with his parents and he really hates watching everyone move on without him. But he doesn’t know what he wants to do, long-term, and he won’t figure it out by thirsting over Jeremiah, the superhot, superintense paramedic who is suddenly everywhere Collin looks.

When Jeremiah’s faced with losing all he’s worked so hard to build, he reluctantly accepts Collin’s help. They’re both determined to stay professional…which works about as well as either would imagine. But Collin only does closets with clothes, and Jeremiah has to decide if he’s finally found the one worth bringing home to Mom.

This book is approximately 82,000 words

One-click with confidence. This title is part of the Carina Press Romance Promise : all the romance you’re looking for with an HEA/HFN. It’s a promise!

Sometimes instant attraction doesn’t lead to instant relationship. We all have things to work through! – Kinzie Things

Paramedic, Jeremiah happens upon a sexy man one night when they’re both returning home. Colin is trying to get his two drunk friends into their apartment. There’s fire between the two of them when their eyes meet…but Colin, with his sexy lip-gloss seems reluctant to get involved.

Fast forward… and Jeremiah finds himself needing to look for a job due to takeover. In a twist-of-fate, he ends up bumping into Colin again and they agree to meet up to work on Jeremiah’s resume.

I felt like this book was mostly about finding your way. Jeremiah and Colin are both on journies, and there are barriers in their way. One of the biggest barriers for Jeremiah is that he isn’t out to his entire family. He’s always thought that one day, he would just take his boyfriend home and that would be it. Turns out it hasn’t been that easy for him. But coming out is more than just saying the words… sometimes, you encounter opinions that you didn’t expect.

On the other hand, Colin is out to everyone but he doesn’t know what he wants to do with his life. He thinks the right answer is to say that he’s not into a long-term relationship, but maybe that’s what he needs? His character went through a lot of subtle growth in the novel and I think he was my favorite character.

This is a contemporary love story, packed full of diversity. In fact, I loved the diversity! It’s pretty much got something for everyone! It’s a little light on plot… mostly, it’s just about the two main characters making their decisions and then their coming together.

Things You May Want To Know: Please be aware, I’m by no means an expert on what may or may not have the potential to disturb people. I simply list things that I think a reader might want to be aware of. In this book: (SPOILERS) Freinds keeping secrets, mentions past cheating, family discord, description of a homophobic bullying incident at a school.

I received an ARC of Jeremiah by Jayce Ellis from Carina Press via NetGalley in exchange for an unbiased review.