I love music, and I love variety. I thought I would share a bit of what I’ve been listening to lately. 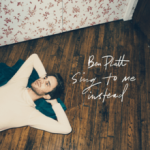 Ben Platt – Sing To Me Instead

This record! I’ve been listening to each song that Ben released and now that the full release is out, I’m loving it. I knew that Platt was a talented vocalist but he’s also a fantastic songwriter. I’m not sure what is my favorite thing about this release, the lyrics or the flawless vocal performance.

If you’re familiar with Ben Platt’s career, it will come as no surprise to you that he can belt out an amazing tune. This album is heartfelt and touching. It’s a sentimental journey from beginning to end and I love the entire album. While Ben has made a point of saying that this isn’t a “coming out” record, I need to say that it was a pleasure to listen to love songs sung by a man to a man… only because it is so genuine. My best friend was gay and he died years before being gay was such a public thing. When I listen to this album, I can’t help thinking about how he would have loved it. My stand out tracks? Bad Habit, Ease My Mind, Hurt Me Once and New.

I had this CD back in 1992 when it was first released and I loved it. Recently, a barista at my favorite coffee shop has been wearing a Deep Forest t-shirt and I kept thinking that I wanted to get it again. Thanks to a note on my coffee cup written by Rowan, I finally remembered to download it on Apple Music. What a treat this record is. It’s the kind of music that I can listen to anywhere, in the car, while writing or walking. It’s listed in many places as dance music, but I would categorize it more along the lines of ambient.

One of the most remarkable things about this record is the use of the voices of the Pygmies of the central African rain forest that are blended into some of the tracks. There’s definitely an international feel about the record and it stands the test of time. Stand out track for me? Sweet Lullaby, Deep Forest, Forest Hymn. 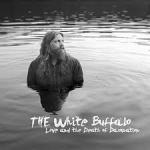 The White Buffalo – Love And The Death of Damnation

Last month I had the pleasure of seeing The White Buffalo live for the second time. He’s an amazing performer with a remarkable stage presence. I’m always amazed that he still plays quite small venues and keeps his ticket prices low. He genuinely seems to enjoy what he does. He has six albums and I listen to all of them but the most recent one is on my playlist frequently. If you’ve watched Sons of Anarchy you will have heard The White Buffalo. His tracks, Come Join The Murder and House of the Rising Son were both featured on the long-running series.

One of the most beautiful things about The White Buffalo is Jake Smith’s unique voice. His low range is full and throaty while still being pitch perfect. When he belts out some outlaw rock, it’s always a guaranteed way to get a crowd moving. My personal favorites: I Got You, Wish It Was True, Oh Darlin’ What Have I Done. 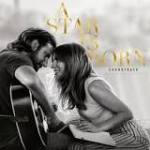 Lady GaGa and Bradley Cooper – A Star Is Born Soundtrack

I loved this movie so it was a natural thing for me to listen to the soundtrack and love the hell out of it. I have never seen the other two versions of this film, and I’m okay with that. I feel like this has become a generational thing. I can still remember my mother loving the version with Barbara Streisand/ Kris Kristofferson version.

Lady GaGa is brilliant. I don’t care what anyone says, she’s a terrific lyricist and an amazing singer. There is such emotion in some of the notes that GaGa hits, I’m certain I can feel them in my heart. I can’t say that I’m a fan of all of her pop songs but I tend not to listen to pop on a regular basis. Her last album, Joanne and A Star Is Born are terrific examples of what talent GaGa has. I can’t’ wait to hear what she comes up with on any of her future projects and I’m pleased to know that we haven’t seen the last of her. My faves: Shallow, I’ll Never Love Again, I Don’t Know What Love Is. 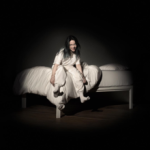 Billie Eilish – When We Fall Asleep Where Do We Go

I loved Billie’s first record and this one is even better. There’s something dark and enticing about the tracks on this new album and there are a lot of things I have never heard before. This is another release that is classified as pop, but I would say it’s a bit more eclectic than your average pop album. The lyrics are crazy and I love them. It’s a really fresh sound, something I find myself listening to again and again.

Stand out tracks? Bury a Friend, When The Party’s Over, My Strange Addiction