It is the second book in a linked series (Jagged Shores) but can be read alone.

It does not end on a cliffhanger. 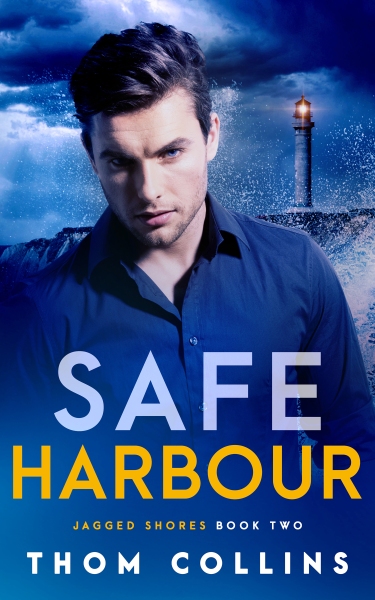 Two lovers seek shelter in a storm of jealousy and passion

Matt arrives in the seaside town of Nyemouth for a much-needed vacation. As a successful lawyer, Matt has a hectic career, and with an ex-husband still pestering him for money, he is long overdue a break. A holiday home perched above the town and its breath-taking harbour seems like the perfect place to unwind. Matt can’t wait to explore the beautiful, jagged shorelines and lose himself for a couple of weeks.

Jake has made a home in Nyemouth. After growing up in the city, living on the coast is everything to him. Running a business with his sister and volunteering on the crew of the local lifeboat, he is exactly where he wants to be. But Jake’s life is far from peaceful. Though he left his domineering husband Vince a year ago, Vince refuses to consent to a divorce or loosen his controlling hold on Jake.

On Matt’s first night in town, he encounters the couple having a blazing row. When Vince turns violent, Matt intervenes and takes Jake inside to escape his angry ex. Despite what happened, Matt feels a powerful attraction to the younger man. Jake is bright, endearing and unbelievably attractive, but the young man’s life is complicated. Matt already has enough problems of his own. He came away looking for an escape, not a starry-eyed distraction. As Matt and Jake get to know each other better, the gamble on a holiday romance becomes hard for either of them to resist. They have both been unlucky in love before. Maybe this time will be different.

Vince will not be shaken off so easily. He has no intention of letting Jake go…ever. As Matt’s and Jake’s emotions deepen, they do not understand how far Vince will take things to keep his husband. As far as Vince is concerned, they made a vow to each other… “till death do us part.”

Matt opened the gate and approached Jake, who stood watching as Vince walked away.

“Are you all right?” he asked.

Jake’s skin was rosy, and his chest rose and fell dramatically. His hands trembled. Shock, Matt surmised. Jake turned to look at him. His eyes were wide, the pupils huge. “Yes,” he said, out of breath, “I’m… I’m fine.”

Matt pointed at his cheek. “Where he clocked you.”

“Oh.” He put his fingers to his face and looked at the blood on the tips.

“Why don’t you come inside for a few minutes? I’ll get you an Elastoplast for that.”

“No, I couldn’t. Sorry… We’ve caused you enough trouble already.”

“Hey,” he said softly, “don’t apologise. I couldn’t ignore what was happening. Come on in. You’re shaking, too. Take a seat until you get your breath back. Give your buddy time to get away. I wouldn’t want you bumping into him at the bottom of the road.”

Jake exhaled, and the tension left his neck and shoulders. “If it’s no trouble, I could come in for a few minutes—just until things calm down.”

“Are you hurting anywhere else?” he asked, leading Jake to the front door and inside. “From when you fell.”

Matt smiled. “Nothing wrong with your sense of humour.” He led Jake to the kitchen at the rear of the ground floor and sat him at the table. Matt folded a piece of kitchen roll into a small square and gave it to Jake. “Press this tight against the cut. There’s a first-aid kit in my suitcase. I won’t be a minute.”

“No need,” Jake said, pressing the paper towel against his cheek. “This should be enough to stop the bleeding. It’s just a scratch. You’ve done more than enough already. Thanks a lot.”

Being so close to him, Matt realised what a great-looking guy Jake was, with those beautiful eyes and unblemished skin. His T-shirt was well-fitted, showing the fine shape of his chest and shoulders beneath. His bare arms were muscular, gently suntanned and covered in light-brown hair. Despite his serious expression, there were very few lines on his face. Matt guessed his age to be around twenty-five.

“Do you want me to call the police?” he asked. “I got most of what happened on camera—certainly, the assault part. With me as a witness and the video evidence, they’ll have enough to charge him. It’ll get him out of your hair for the weekend, at least.”

Jake shook his head. “I don’t want to involve the police. It will only make things worse.”

“That guy assaulted you.”

“I’ll live. It’s just a scratch. If we phone the police, it will only make Vince worse.”

Matt didn’t push it. He’d seen this so many times before when victims of violence didn’t want to pursue a case for fear of inflaming the situation. “So, who is that guy? Your boyfriend?”

Jake exhaled dramatically. “If only. That would make things so much easier. No, Vince is my husband—soon-to-be ex-husband. At least I hope so. That’s what tonight was all about. My solicitor wrote to him about the divorce and he got the letter this morning.”

This seems to be the season of the series! Safe Harbour is book 2 in the Jagged Shores by Thom Collins. I really enjoyed the first book in the series: North Point. In the first book we were introduced to the town of Nyemouth and some of its residents. The second book takes us back there.

Matt is new in town. He’s a lawyer who is finally taking some vacation time and trying to completely put his divorce behind him. His ex had some issues that made the continuation of their relationship impossible, and Matt wants to move on. He’s hoping to do a lot of hiking and sight-seeing.

The first night he arrives, Matt ends up breaking up a fight between Jake and his partner Vince. Jake has filed for divorce, but Vince has made it clear he has no intention of letting Jake go. Matt steps in and rescues Jake (even though he seems perfectly capable of handling Vince himself). It’s always nice to have some back up.

The two men strike up a friendship; neither of them is really in the mindset to pursue a new relationship. Nevertheless, they are attracted to one another. The problem is that both of their exes are still circling, and things get complicated and nasty.

This book is primarily about moving forward into a new romance. It’s complicated because ending relationships is complicated. Divorce takes time and can be slowed down when one partner isn’t ready to move on or is malicious.

Collins has really written a terrifying character in Vince. He’s manipulative, abusive and controlling. But what’s pleasant to see is the strength with which both Jake and Matt continue their journeys forward. Neither of them gives in to old patterns and they stay strong. I found myself admiring both characters quite a bit.

Jake was my favourite character. He’s so positive and endearing. He’s young enough to be optimistic but his experiences have already taught him a lot. He’s mature beyond his years and that may be what draws him to Matt.

Please read the content warnings in this one. Jake’s ex is quite a piece of work and some of his actions may be triggering for some folks.

All in all, I thought this was really well written. I enjoyed the growth of the characters and the way that their relationship progressed. It was also a nice perk to get to see some of the characters from the first novel! 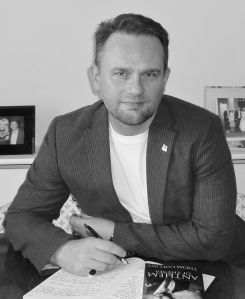 Thom Collins is the author of Closer by Morning, North Point and the Anthem Trilogy. His love of page turning thrillers began at an early age when his mother caught him reading the latest Jackie Collins book and confiscated it, sparking a life-long love of raunchy novels.

Thom has lived in the North East of England his whole life. He grew up in Northumberland and now lives in County Durham with his husband and two cats. He loves all kinds of genre fiction, especially bonk-busters, thrillers, romance and horror. He is also a cookery book addict with far too many titles cluttering his shelves. When not writing he can be found in the kitchen trying out new recipes. He’s a keen traveler but with a fear of flying that gets worse with age, but in 2013 he realized cruising is the best way to see the world.

Check out his website for news updates and a free ebook The Night.

one of five ebooks from Thom’s backlist. 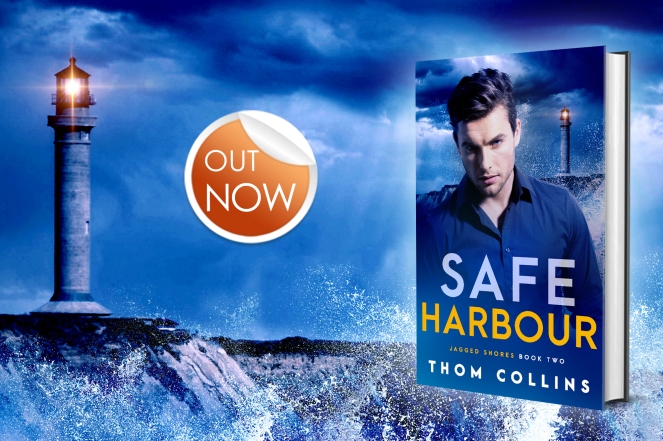