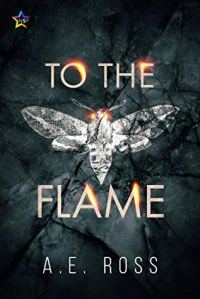 The Official Description: Seattle boy Emerson Oakley is about to find that the strangest thing about his first year at West Virginia’s Vance University isn’t the neighbor in the next dorm over, who ghosts him after one kiss. It’s the fact that he keeps having his life saved by a stranger who seems to know about each accident before it happens.

Morrie Crisp, whose moth-person powers finally emerged at the most inconvenient time, is just trying to figure out how to deal with their crush on the boy next door, and all the different ways they’ve seen him die.

As Emerson tries to get to the bottom of who his pre-cog savior could be, his relationship with Morrie becomes extra complicated as their undeniable attraction to one another becomes a liability to both. Even as Morrie struggles to keep Emerson safe, Emerson is intent on igniting the fire between them, into which Morrie is naturally drawn.

What is a reasonable response to falling in love when the world itself is without reason? Unfortunately, neither one of them has any idea. 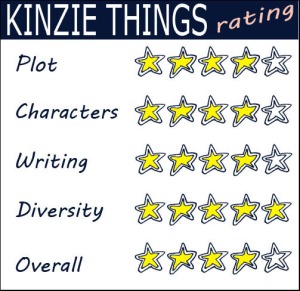 My thoughts bit: I’ve always been a little obsessed with the Moth-man mythology… finally a book that fills up my imagination!!!

A.E. Ross has taken an urban legend/myth and made it their own. This novella is about two people who meet one night and are far more entangled with one another than they can predict.

Emerson is a student and after a party one night, he shares a kiss with his neighbour… then that neighbour basically ignores him. At the same time as his heart is being a little bit broken, he’s being saved…by a voice on the radio. Literally, he will be walking along and listening to the radio station and will hear “Emerson, don’t jaywalk”. I absolutely loved this.

Morrie Crisp is Emerson’s next door neighbour and dealing with new powers that have emerged.  The thing is that as a moth person, Morrie can see the ways in which Emerson may die. How do you even begin to get your brain wrapped around that? You like someone, and you can see all that bad things that may happen to them.

There are some quick flashbacks in this novella that gives a bit of back story for Morrie. Ross has developed a tiny bit of background for the moth person mythology… but I wanted more! That’s not a criticism; I really wanted to read more of the world Ross touched on in this novella.

The descriptions of Morrie as a moth person were a little cryptic and teasing, and I really enjoyed them. Ross’ writing allowed me the room for my imagination to contribute a bit in terms of what Morrie’s existence must be like. The characters were well written and I felt as though I got a great idea of what their differing personalities were like despite the brevity of the work.

Loved the diversity in this. I really love reading along and just having diverse characters there on the page… no explanations… because there’s none necessary. I’m probably not putting the in a way that makes sense. But, I just love the fact that some books are starting to have diversity just as part of it without expiation. That is what I want.

Things You May Want To Know: Please be aware, I’m by no means an expert on what may or may not have the potential to disturb people. I simply list things that I think a reader might want to be aware of. In this book: (SPOILERS) death of a relative, death omens, alcohol use/intoxication, vaping, dangerous situations

I received an ARC of To The Flame by A.E. Ross from NineStar Press via NetGalley in exchange for an unbiased review.